CLOSE
Home global Dream a Little Green: On the edge of the world

How long have you been a customer at Mr Green? Two or three years.

What is your favourite game on Mr Green? Probably Hall of Gods.

Do you also play table games like Black Jack, Roulette or Poker? Not really, because I’m not very good at them.

When you learned that you had won the trip to the edge of the wold, what was your reaction? It definitely took some time to let that sink in.

Did you ever think about just taking the cash? No, never.

How did you decide which friend would accompany you on this unique adventure? I could think of a few off the top of my head, but I chose Johan because I had known him for some time and he loves to party.

Your pilot seemed to be a really … ‚interesting‘ character. What was your first impression of him? He seemed very professional and at the same time, very funny. I liked him.

What was your emotional experience when you got on the MIG-29 in youruniform? I was incredibly nervous and also very excited.

What was the best moment during your flight? The take off? The view from up above or the approach for landing? The best moment was definitely the view from the height of 17 km. The sky was deep blue, almost black. I had thrills of joy. How does it feel to fly through the air at 1700 km/h? Actually, it was a little disappointing, I’m afraid. Because we were so high up, there was no indication as to how fast we were flying. It almost seemed like we weren’t moving at all.

How long was your flight? Was it over really fast? The whole flight took about 30 minutes. It felt longer though, because of the take-off and the landing as well as the loops in the air.

You mentioned you were afraid of heights. Do you think you have overcome this fear, now that you have been higher than pretty much anyone? I wish I could have overcome my fear of heights. I definitely beat it this time and that is what counts. Let’s assume, you get another chance, would you do it all again? Not really, because I need to do something more extreme now.

After the extreme flight with the MIG-29, how did the flight back home feel? Like a Sunday trip on the bicycle.

If you had to describe your entire adventure in only one word, what would it be? Best-holiday-ever

Would you like to see more of such adventurous prizes on Mr Green? If yes, what ideas do you have? There is only one thing that could beat my trip. Take a look at this: http://www.gozerog.com/

Do you play in any other casinos or is Mr Green your first choice? Mr Green is my man! 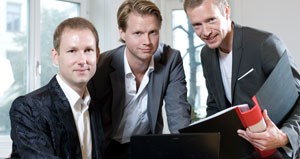