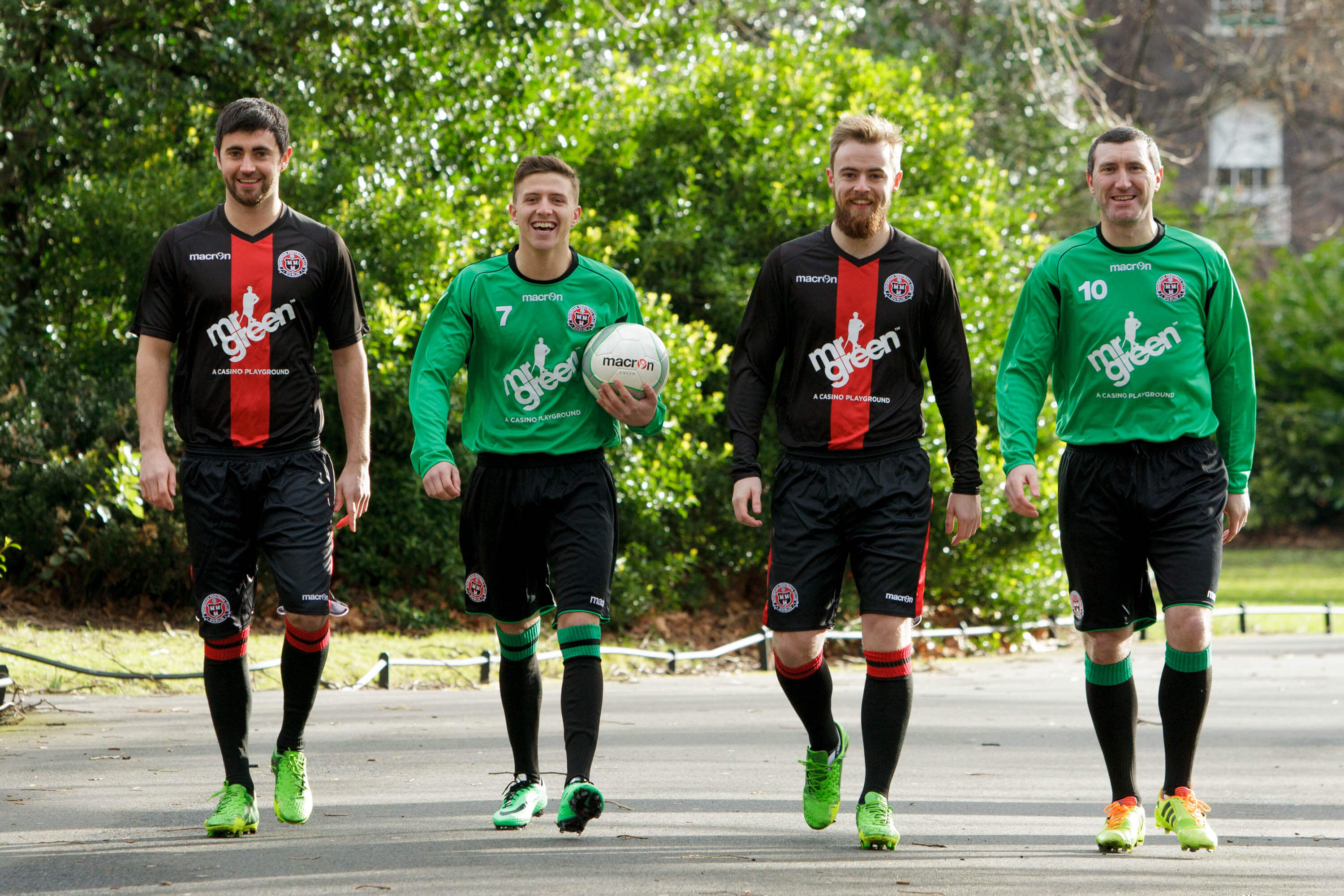 The eleven times Irish football champion THE BOHEMIAN FOOTBALL CLUB from Dublin is holding all the aces this season. Since February, the online casino Mr Green is the official main sponsor of FC Bohemian. From now on, the well-established, successful club will wear the green jerseys and green shoes of its sponsor.

After long and intense negotiations, THE BOHEMIAN FOOTBALL CLUB and Mr Green have now signed and made public their sponsorship agreement. Mr Green is enthusiasticabout it and not only because the green isle of Ireland features the favourite colour of the online casino in their national flag and the slogan of the popular internet casino is “That’s how we play today”. The FCB team now kicks with green football shoes since the start of the season, 7thof March. It’s‘green gaming’ in the truest sense of the word. Anappearance that should benefit both sides.

The gamingoperator has chosen its partner with great care. The football club was founded in 1890 and is one of the most respected clubs of the country. The unique quality of the club is that it belongs to its fans entirely. The Bohemians Dublin, as the club is also called, play its home matches in the most famous and important football temple of the country, the Dalymount Park in Dublin. Its traditional jerseys in the colours of roulette, black and red, will persist for these home matches, only the big logo of the online casino is new on all the team jerseys. For the away games, the international green jerseys with the Mr Green logo will be used. Mr Green follows the successful example of BWIN, which also use international football teams as advertising vehicle.

About the reasons for sponsoring the first division club, Gavin Flood, Country Manager of Mr Green Ireland says: “Bohemian FC is an entertaining, ambitious and innovative club. Values that we share as a brand. It is important for us to ingrain ourselves with prominent partnerships like these. We’re replacing VOLKSWAGEN as the main sponsor after all.” There was silence about the sum of the sponsorship, but both parties are hoping for a fair and great season, which should find its peak in the league matches in October. The main sponsor is successful in all of Europe, especially Great Britain and Scandinavia, so international competitions are planned.

Since 2008, Mr Green ranked in the 100 best websites of Internet World six times in a row. Mr Green can also be found on the EGR Power 50 list, in which the most influential and important companies of the gaming industry worldwide are listed. EGR Magazine awarded the gaming site MrGreen.com „Best Socially Responsible Operator of the Year“ and at the International Gaming Awards 2013 and 2014, it was awarded „Best Online Casino Operator of the Year“. Mr Green offers a first-class gaming experience and a safe and regulated environment.